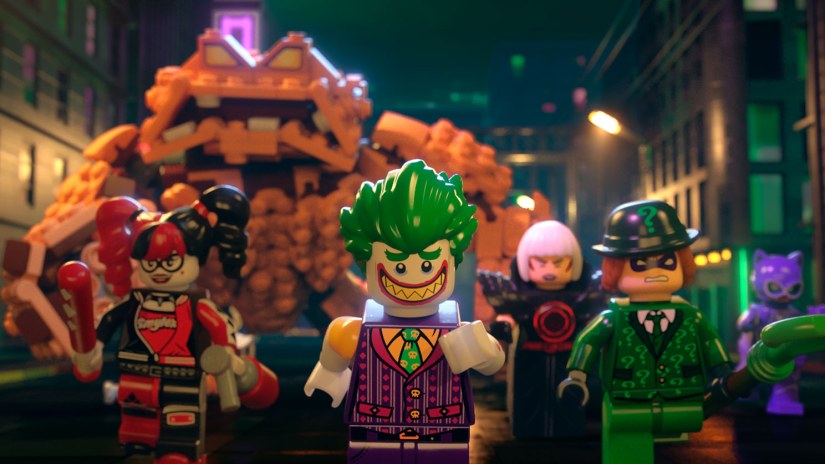 I saw the Lego Batman movie a while ago, and I really enjoyed the portrayal of the Joker.

In the mythos of the Joker, he is an archetypal ‘trickster god’. In a pantheon, the role of a trickster god is to humanize the other gods, bring them down from their pedestals of godliness, prove they are fallible, and make them relatable to mortal people. Joker is exactly this for Batman. Joker is not a criminal for the sake of crime or the results of it. Joker is only in it for the sake of the Batman.

Batman is, in the eyes of the Gotham citizens and Bruce Wayne himself, more than a man. He is an infallible being, a physical representation of justice. Joker’s entire obsession with Batman is an attempt to ‘humanize’ the ideal, to prove that Batman is only human. He wants to bring Batman down to the mortal sphere, prove that Batman is fallible. Joker’s purpose is to force Batman to admit his own limitations, his own humanity. In the darker iterations of the Joker this often manifests as Joker attempting to drive Batman insane, or trying to force Batman to betray his own ideals. In most iterations of the ‘trickster god’ dynamic, the relationship between Batman and Joker becomes very dark.

In Lego Batman the dynamic is still there, but it is adorable instead of dark. In the movie he still does not care about crime for the sake of crime. All he cares about is Batman, and the dynamic that they have. The entire movie is Joker’s attempt to humanize Batman by trying to make him admit that he needs people, that he needs the Joker. Because like Joker, Batman is not really in it for the ‘justice’ of crime fighting, he does not truly uphold the ideal of justice. He is in it for the act of fighting, having a partner to duel with, someone to interact with. Joker’s entire purpose in the movie is to prove that.

Lego Batman is the only iteration of Joker’s character where the Joker can actually win. Where the Joker can succeed in humanizing Batman, and where Batman CAN be human, and not just an ideal. The reason this movie can do that, while all other Batman movies cannot, is because this is the only movie that has explored Batman/Bruce Wayne himself as a fallible human, and not as an infallible upholder of justice. In every other movie the success of Batman is hinged upon him putting aside his humanity for the sake of justice. This is the only movie where it is the opposite. His success, the happy ending, is hinged upon him EMBRACING his humanity. He is forced to acknowledge his faults in order to save the day and uphold justice.

Thus, Joker won. By the end of the movie, Batman was humanized and had joined the mortal sphere, but was no less heroic for doing so. The core of neither character was compromised, but the trickster god still won.

No other Batman movie could do this. Every serious take on Batman and the Joker is a story of good versus evil, of justice versus chaos. The characters must take themselves seriously, and thus the consequences of their actions and motivations are proportionally more serious. Joker’s true strength as a great character is not just in his ‘trickery’. If it were, Riddler would be great too. Joker’s character is great because he tries to contradict Batman’s own ideals. In a serious movie, Batman must have serious ideals, ideals which, if not upheld, lead to serious consequences. Thus, if Joker does ever win in a serious Batman movie, Batman as a character will be destroyed. A Batman that has lost to a Joker is one who has fallen, who has broken beneath the weight of his position. Has fallen from godhood.

Lego Batman can pull it off precisely because of its nature as a lighthearted children’s movie. This is not a story of good versus evil or justice versus chaos. The fact that the audience does not have to take the characters seriously is already a huge barrier that has been removed. By not having to take him seriously, the audience already sees Batman as human, as fallible. He is already a ‘personality’ and not an ‘ideal’. Thus, he does not have a ‘fall from godhood’ to be lamented within the story if Joker wins. It is simply a story of a human, discovering his humanity.

So, to conclude, the Lego Batman iteration of Joker is possibly the most successful version of the character ever. For the obvious reason, this is literally the only true Batman story in which the characters can both stay true to their mythos, AND Joker can actually win. It is also a successful iteration of the character because it explores a whole new facet of his mythos that has never been touched. This is the most relatable Joker that has ever been. Any heartbroken person can relate to the Joker. And thus his character as a whole becomes more grounded and real in the eyes of the audience. A truly, great character.