Human thought patterns are a fascinating subject because as much as we spend our lives thinking, we still understand relatively little about the process. In this essay I explore thought and the patterns that develop as biological processes, and the nature of ‘intelligence’ within this structure.

I would like to preface this analysis by admitting that I am not a psychologist, biologist nor chemist. The theories that I pose are based on my limited understanding of these fields.

A Biology of Thought

The entire field of psychology is dedicated to studying the phenomenon of thought. How thoughts themselves relate to each other, how and why they form as related to the subconscious and the act of thinking itself.  However, the analysis of thought tends to be removed to some degree from the actual biology that is happening in order to generate those thoughts. Thus we tend to ignore an entire area of explorations when trying to understand human thought patterns.

Everything in the human body functions through a complex interconnected series of chemical reactions. Each function can be summed up into an equation with inputs and outputs of particles and energy. As a function of the human body, human thought and consciousness must therefore be a result, an output, of one of these equations. Consciousness is a byproduct of chemical reactions in the brain.

As such, thought and consciousness are subject to the same limitations of any set of chemical reactions. They must have sufficient inputs, fuel, in order to produce the desired outputs. Also, because the body can only process so much fuel at a time, the manner in which that fuel is processed becomes very important. Efficient use of fuel within the brain to generate the desired thoughts becomes essential. It is resource management.

The brain forms thoughts and connections through synapses and neurons. When creating thoughts, we reinforce these connections. Every time we use the same thought pattern, we maintain and strengthen the connections required for that thought process. While learning or thinking in a new way, new connections in the brain are formed. In order to maintain and create connections, the brain must utilize its limited resources.

If the brain has limited resources with which to build and maintain the connections used for thought, then the development of those connections would biologically be an exercise in resource management. It is in the brain’s best interest to use the most efficient ‘route’ through connections to come to conclusions because this route requires the least amount of resources.

The brain can be thought of as a complex interconnected roadmap. Every destination is a conclusion, the culmination of a thought. The roads are the mental paths that we travel to arrive at those conclusions. There are several ways to arrive at the same conclusion, but some paths are shorter than others.

As we think, we use our resource to maintain and ‘widen’ the most often traveled roads. These roads become more efficient for the brain to travel, requiring fewer resources. Traveling the same distance on roads that are not as well maintained and less traveled requires relatively more resources. Thus, over time, forging new paths becomes less efficient than traveling existing ones.

The Logic Behind Resource Management in Thought

Anyone who plays resource management games knows that it is always wisest to invest resources in the most useful functionalities available. When learning to think a certain way our brain tests out various paths of thought. Many, if not most, lead to conclusions that are of no use to the problem. Many are dead ends. When the brain finds useful paths, it decides which is the MOST useful to a particular problem. It picks this path for our thought. As we continue to solve similar problems, we reinforce this path. The more ‘useful’ our brain finds a certain thought process to be, the more resources are invested in it. Thus the path we use most becomes the most efficient.

To make another video game reference, thought process can be compared to a skill tree. As you play, you invest your ‘skill points’ into certain branches of the tree. The deeper you get in the tree, the less sense it makes to invest those resources in early branches. If you have 500 points invested as a Rogue, you have a vested interest in being the best Rogue you can be. It makes more sense to invest another 10 skill points to improve your Rogue capabilities than it does to invest them into being a Chef.

When we are young, our brain has few connections to maintain, and a lot of resources. Thus we are able to learn very quickly, as we have many resources to invest in few problems that are relatively simple. As we grow, it begins to become important to use resources not only for learning, but also for maintaining connections. We stop maintaining connections that are less useful, ‘childish’ thought patterns. We reinforce those that have proven themselves to be most useful to us. This becomes more important as our problems become more nuanced and complex. We must begin to use our resources to create longer and longer roads, which require more resources. It is important that our ‘useful’ paths are as efficient as possible to get as far along the roads as possible to find new conclusions. Eventually, when we get old, our network of thought processes is already developed. We must use all of our limited resources just to maintain that network. As resources dwindle due to inefficiency in the body itself, we may need to shut down maintenance of certain branches, and our minds may begin to deteriorate.

The brain reinforces and makes most efficient the thought processes that you use frequently, because biologically it has found those routes to be the most useful when processing your thoughts. This does not mean that those thoughts you had were necessarily useful in and of themselves. You may be a person who has a bad habit that you do constantly. Your brain has built roads to maintain that habit because you do it so often. Even if the habit itself is bad, the fact that you do it so frequently means that it is most efficient for the brain to make this habit as easy as possible to do.

Creativity and Intelligence Interpreted Through this Analysis 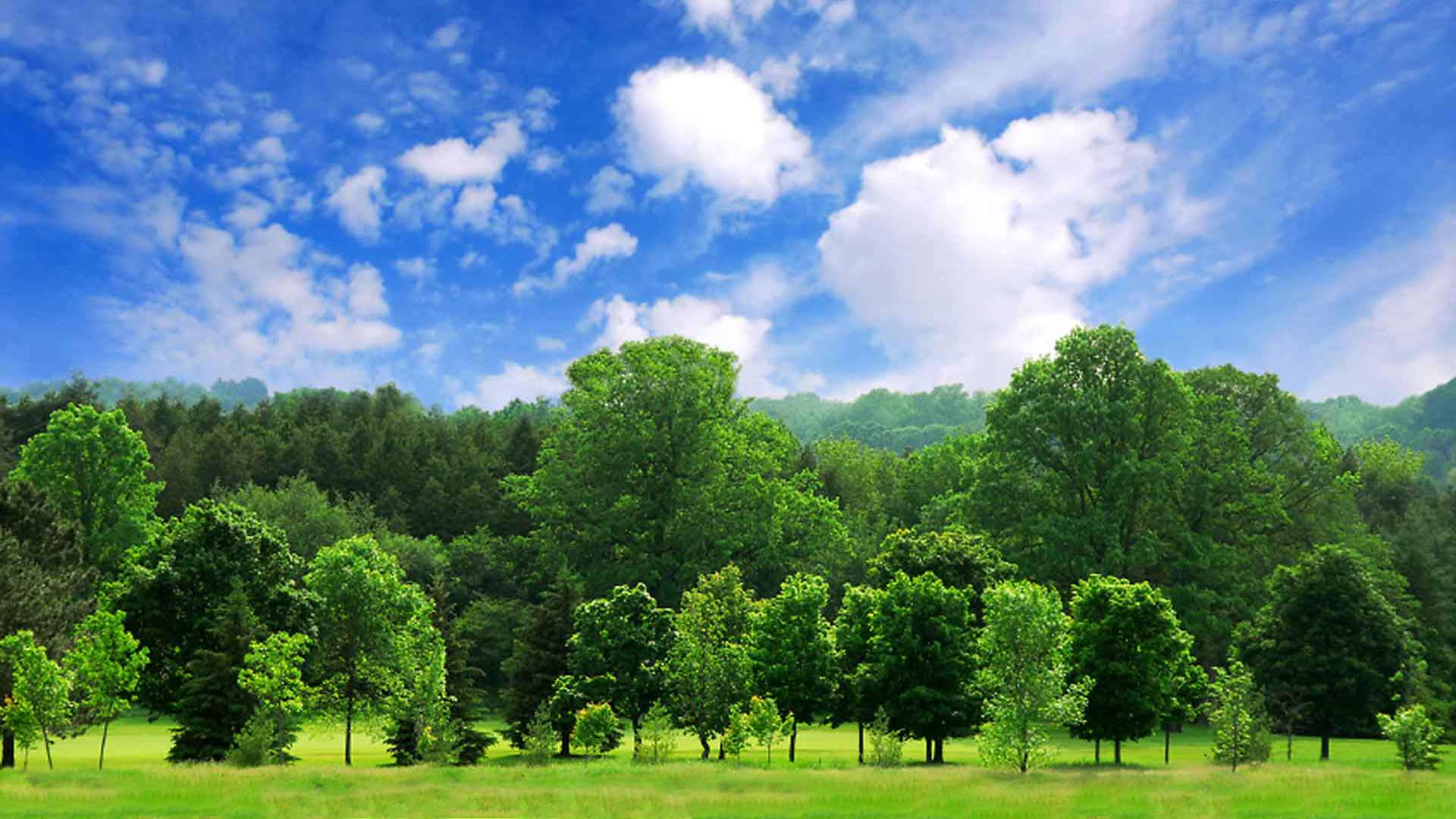 I have always found creativity and intelligence to be two manifestations of the same overall virtue, an ability to think well. Or, using the terminology in this analysis, an ability to utilize the brain’s resources effectively and efficiently.

Specialized – I think of these as long/tall thought patterns. These types of thinkers can think very efficiently and effectively along a single path. They have used a single path so much that traveling along it is very efficient. Because of this efficiency, they are able to more easily solve much more complex problems that are along this path. The downside is that the range of problems that they can solve this way is relatively small. This type of thinking prioritizes speed and efficiency over diversity and flexibility.

Diversified – These are the more bushy thought patterns. These types of thinkers can tackle a wide range of problems. They are also more likely to have several different approaches to solving a single problem, allowing them to find the best one. These brains have invested their resources in maintaining several different branches instead of strengthening a single one. The downside of this is that because these paths are not as efficient, the thought patterns are less likely to be as deep. Thus these thought patterns are less equipped to solve very nuanced problems.

Specialized thinkers use a single path, and can go very deep on that single path. The more science and technology progresses, the deeper and deeper these paths go. People that are able to think along these paths are able to pioneer thought patterns and think where no one has thought before. The conclusions that they are able to reach are reachable by relatively few people. And so we consider this thinking to be intelligent.

Diversified thinkers focus more on exploration of the thought paths rather than diving too deep on any one branch. They search for paths that offer solutions that most people have ignored, or that have been passed by. By branching out and exploring more paths, deepening paths that are largely ignored, they are also able to think where no one has thought before. They are more likely to be capable of ‘thinking outside the box.’ Thus they are able to come up with simpler, but more creative solutions.

These are some additional ideas that I had based off of this analysis of thought. These are much more speculative and subjective than the above.

Savant Syndrome Explained by this Analysis The brains of people with autism or similar mental conditions are unable to process certain information efficiently or effectively. If we assume that these ‘branches’ off of the skill tree are ‘locked’ to these people, this means that they have much more mental resources to pour into every other branch of their skill tree that would otherwise be needed for the ‘locked’ skill tree.

This is why they are more likely to be savants, people with prodigious skill beyond what is attainable by others. They have much more skill points available to dump into a single vocation to become better than what is normally achievable.

A Proof for Interpreting Consciousness as an Energy

This conclusion is more poetic than scientific, but I felt it still had some interesting arguments.

In a chemical reaction, particles and energy are inputted, and particles and energy are outputted. Earlier in this analysis I concluded that thought and consciousness are byproducts of chemical reactions. They are not physical particles, so they must be some sort of energy that is produced, like heat or electricity. A type of energy that is conducted across the brain and through neurons and synapses. This type of energy, as yet, we are unable to measure. Sure we can measure electrical currents generated by these reactions, but we are as yet unable to measure thought itself. If we were not ourselves thinking creatures, we would have absolutely no way of knowing that ‘thinking’ was happening within us. If we did not already experience consciousness, there would be no evidence for its existence.

Thus, thought and consciousness must be some sort of energy that we cannot as yet measure. Our only experience of it is that which is generated by our bodies.

Think of heat energy, and how the whole world is an interconnected conductive vessel for heat. Heat energy moves through the world independent of a vessel. Sure there are things that absorb heat better than others, but that in itself is an interaction and exchange. Electricity too, moves and is conducted through the world via specific laws, but is beholden to no specific, single object. Sure, not everything conducts electricity, but many things do and those things are connected.

So if consciousness is an energy, why would it be confined to a single vessel, a single body. Is it not possible then, that consciousness can itself be conducted through space? That we are all connected via the conductivity of our consciousness into our environment and to each other? That people can ‘feel’ the energy of others, that auras exist? Or who is to say that our energy cannot remain after we are dead? We do not know the limitations, and thus can make no assumptions.