I wanted to like Frozen. I would like to start off by clarifying that I don’t think Frozen is a bad movie. It has many truly wonderful aspects, and was more enjoyable to me than some previous Disney films. Both things I expected to have to tolerate, namely Olaf and the music, I ended up loving immensely. I absolutely loved the characters and the relationships between them. They were fun and relatable. So why was Frozen disappointing to me? Simply put, I had expectations for this movie that were far from met. There was so much potential in the concept and theme that I felt was squandered.

A Story About Love Between Sisters 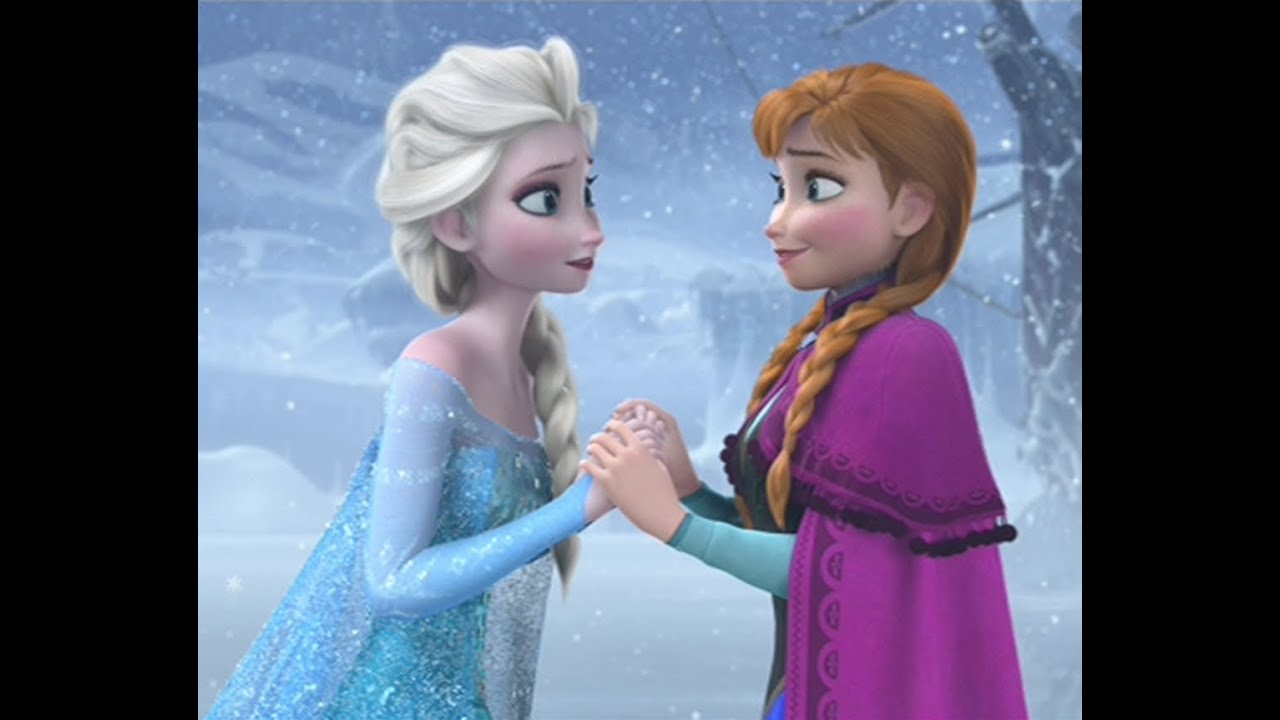 When I heard this was a movie about sisterly love, I was immensely excited. True love and finding one’s prince have been a tropes of Disney movies since their creation. A movie about the importance of love for one’s family was truly exciting for me.

To me, this movie failed to deliver on that message. This is the character growth I would have liked to see:

The ending, the grand climax of this movie, does not satisfy either of these moments of character growth.

The ENTIRE movie, Anna is proving her love for her sister. Through all the years of their separation, she tries to reach out to Elsa. She goes to her door and tries to draw her out. She is there for Elsa when their parents die. The entire movie is her epic quest up a mountain just to find her sister so that she can prove that she is not afraid, that she loves Elsa and does not fear her. Anna in no way needs to prove her love for Elsa. It is already a proven part of her character. Further demonstration of her love for Elsa above all else is not character growth. The fact that the ‘grand climax’ moment is Anna performing an act of true love to save Elsa, is not satisfying to me in least. Literally nothing has changed in how Anna feels. What Anna really needs, what she is lacking in her life, is love FROM her sister.

The reason that Anna and Elsa became estranged in the first place is because Elsa let her fear of her powers overshadow her love for Anna. She believed it was more important to protect Anna from her power than it was to show Anna her love. The entire movie, this is Elsa’s main character flaw. This is what drove Anna to be so desperate for love from other sources. Of course Anna was easy prey for a prince pretending to love her. If Elsa had just showed her love for Anna in the first place, Anna wouldn’t have been so vulnerable. The grand climax SHOULD have been Elsa’s frozen heart thawing. She overcomes her fear of hurting Anna, and demonstrates the big sister love that Anna has needed all along. But no. Instead, her ‘character growth’ moment, is literally just being happy that Anna isn’t dead. Elsa does nothing to demonstrate her love for Anna.

Basically, the main problem I had with this movie, is that neither of the characters undergo any growth. They do not demonstrate any behavior at the climax that shows they have learned ANYTHING, they act the same in the climax as they do at the beginning of the movie.

What I would have liked to see is some grad final gesture by Elsa that demonstrates her love for Anna surpasses her fear of her powers. As for Anna, if only an act of true love could save her, it should be an act of true love FOR her, not FROM her. Perhaps the male love interests try to save her, they think their love for her will be what breaks the spell and saves her life. Either their attempts fail, or they are prevented from trying. Thus it is left up to Elsa. Her grand defining moment. Only when Elsa has the courage to overcome her fear and perform an act of true love for Anna, only then is Anna saved, and only then is Elsa’s frozen heart thawed. Then, as she embraces Anna after saving her life, the world thaws. And Elsa realizes that it is thawing because she embraced her own love for Anna.

I expected to like the soundtrack of Frozen about as much as I liked that of Tangled. But from the moment the first song Frozen Heart began, I knew that this movie was going to be vastly superior. I absolutely adore the music of Frozen. I have loved Disney music from when I was a little girl. Unfortunately, before seeing Frozen I had become a little disenchanted. Several of the most recent musical Disney movies have had what I would consider to be disappointing soundtracks. Frozen was a nostalgic reawakening, a reminder of the love I have for Disney music.

I love almost every song in Frozen except one. And it is the one that you ALWAYS hear, the one most closely associated with the movie. Let It Go. I hate Let It Go. Of course, hearing it a million zillion times doesn’t help. But it has bothered me since the first time I heard it. Don’t get me wrong, there is a reason Let It Go is so popular that I cannot disagree with. The song is beautifully composed, the lyrics are great, the singing glorious. Even the intended message of the song is beautiful and thoughtful. To not let anything stop you from being yourself. It is an important message for people who feel too afraid to express themselves.

The reason I hate the song is entirely personal, and honestly small minded, but I have been unable to overcome my bias. Unfortunately, when I hear the song, I don’t hear ‘Let it go’, I hear ‘Screw you all.’ The message of the song just goes so very much against one of my very core, foundational values, to be respectful of others. The song comes across to me as glorifying selfish, irresponsible, and inconsiderate behavior. The message I hear when this song plays is not ‘be yourself no matter what others think’, its ‘do whatever you want without regard for other people’.

For example, I may love listening to loud music. Having the song thrum in my bones makes me really feel the emotion of the song. But I don’t play my music loud in the middle of the night when my neighbors and roommates are trying to sleep. Its basic human decency. And sure, you should be allowed to express your super magic ice witch powers. But not at the expense of creating a never-ending nightmare winter for everyone in the kingdom. The song literally glorifies Elsa’s behavior that brings about the central conflict of the movie. “Screw you all, screw you all, don’t give two shits about anyone else, screw you all, screw you all, I’ll do whatever the fuck I want!” Even the last lyrics are blatantly selfish. “Let the storm rage on, the cold never bothered me anyway.” All I hear is, ‘”well if I like it, you should like it to, and if you don’t, well, SCREW YOU ALL!”

The trolls serve no purpose. Their designs were not even that exciting. Especially since they all looked essentially the same. Their role could just as easily have been served by an old witch living in the woods.

Their song was also one of the least strong in the soundtrack. I think the theme of ‘love brings out the best in people’ could have been conveyed much better in some other way.