I have listened to several science fiction audio books recently that I simply need to recommend. Rather than do a post for each, I figured I would just lump them all together.

The Spaceship Next Door 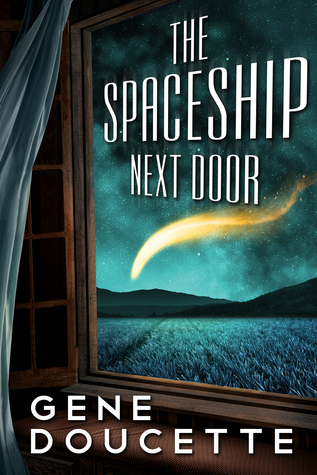 The Spaceship Next Door was a thoroughly enjoyable book with a fresh take on the concept of ‘first contact’.

One night, a spaceship simply appeared in the quiet secluded town of Sorrow Falls, Massachusetts. Despite much expectation, the spaceship proceeded to do exactly nothing but exist. Three years later, the spaceship has still done a surprising amount of nothing. This is when Edgar Somerville arrives in town with a rather shoddy cover as a journalist. The story follows Annie Collins, one of the spaceship’s closest neighbors, as she joins forces with Ed to uncover the meaning behind the strange circumstances concerning the town and its tourist attraction.

Agent to the Stars

Another book centered around a unique take on first contact. Agent to the Stars was a book I just could not put down.

The Yherajk are an alien race who has seen Earth’s entertainment media. They have taken notes, and compared our perceptions with how they appear themselves, and realized that they have a serious image problem. To humans, the Yherajk are unavoidably disgusting and terrifying. If they want to make peaceful contact with humanity and give the best first impression possible, they are going to need some help. They are going to need an agent. Enter Thomas Stein, an up and coming hotshot Hollywood agent who has made a career out of selling his clients to an audience. It is up to Stein to find a way to debut the Yherajk to the people of Earth in a way that will ensure peace between worlds.

I picked this book up after having enjoyed Agent to the Stars so much. John Scalzi can write an amazingly intriguing story, and Wil Wheaton is a delight to listen to. Fuzzy Nation is a ‘reboot’ of H. Beam Piper’s 1962 novel Little Fuzzy.

Jack Holloway is a contract prospector working under the Zarathustra corporation to find rare materials for mining and extraction on an alien planet. After Holloway discovers a seam that would make him rich beyond imagining, he is ready to retire. However, the Zarathustra corporation’s right to exploit this alien planet is contingent on the stipulation that there are no sentient species living on the planet. So when a very cute, very fuzzy, and very smart heretofore unknown mammalian life-form shows up at Holloway’s door, the situation starts to get complicated very quickly.